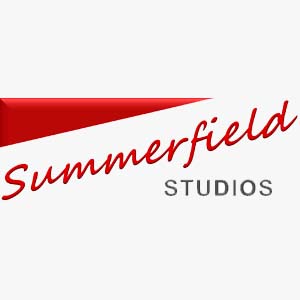 "Create a vision and make it reality..."
Close Gallery

Originally commissioned in 1989, with just 1 owner from new - Studio 150 Amsterdam. Situated on the Polygram premises Studio 150 was widely regarded as Holland's best-equipped, and hosted Mick Jagger, Paul Weller and Def Leopard. Weller's 'Studio 150' album reached No2 and Def Leopard's 'Adrenalize' No1 UK and USA respectively. Although the console was meticulously maintained, it has undergone a stringent refurbishment prior to commissioning at Summerfield Studios by Mark Derksen who is well known in the business as one of the best in his field for renovating A Class consoles to exceed original specifications.

Summerfield Studios also offers customized mix control at your fingertips with Aviom personal mixing systems. Every musician has the freedom to adjust their monitor or cue mix whenever they want—without affecting anyone else and without depending on an engineer. Want more lead vocal? Less bass? Need to adjust the stereo imaging of the guitars? With an Aviom Personal Mixer, it's all just a touch away.

Aviom personal mixers are designed with the performing and recording musician in mind, so there are no menus to navigate, no soft keys, and no complex programming.

Centre stage of the live room sits a pristine Yamaha C3 owned previously from new in 1983 by renown composer Alan Parker, and featured on many hit scores from TV & film. It has sat in his private Surrey studio since delivery and is in remarkable condition. The recordings for his compositions would start at his private studio and larger orchestral parts added later. This Vintage C3 is one of the best examples in the UK, and it looks and sounds absolutely beautiful.

Scores that Alan used the piano on are:

Rather grand, I'm sure you'll agree.