Formed in 2003, Deptford’s Art Brut got early recognition with tracks featuring on various video games. They released their debut album Bang Bang Rock and Roll in 2005, and the follow up, It’s a Bit Complicated, in June 2007.

Art Brut were in The Garden in September 2006 with producer and engineer Dan Swift. 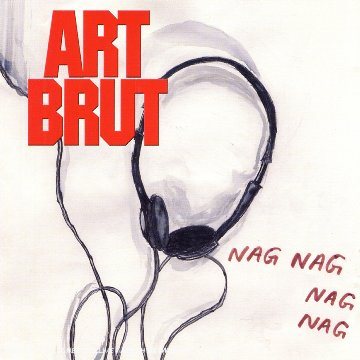 They formed a band, released a string of brilliant singles and a brilliant debut album, then packed their worldly possessions into suitcases and set off to conquer the world. Now, Art Brut return with a new single, a UK headline tour and a freshly inked deal with Labels / Mute Records. Art Brut were recording Nag Nag Nag Nag and a b-side in the Garden with producer/engineer Dan Swift during september 2006…