A quick flick through his highly amusing Britpop-bashing autobiography, Bad Vibes, would be enough to tell you that Luke Haines is well and truly over his career-making decade of the 1990s.

Back to the music and it would seem nothing’s changed, judging by the title of his new record. Most importantly though is that the former Auteurs man has struck gold once more with 21st Century Man, which touches on all sorts from acoustic to glam, and is of course littered with those witty lyrical jabs. 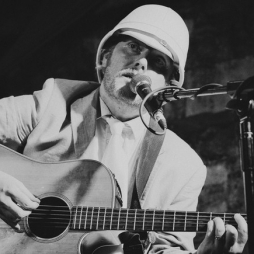