A Weekend In The City

As the title suggests, the hugely-anticipated follow up to ‘Silent Alarm’ mainly focuses on many people’s favourite pastime, that is going out and altering minds, in this case within the depths of London’s bustling East End. And no one tells a party story better than someone whose name includes the word. Taking their melodically euphoric indie rock to a darker level, Bloc Party’s second album ‘A Weekend In The City’ has all the qualities to make 2007 well-and-truly their year. Bloc Party were in the Garden studios during the summer of 2006 recording strings for the album with producer Garrett Lee. 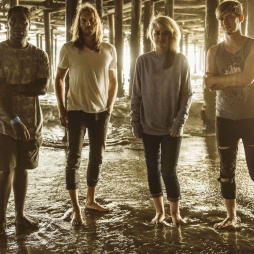