You may recognise Jacob Anderson as Omen from Adulthood, or more recently Grey Worm from Game of Thrones, but if you haven’t already, you should get to know him as Raleigh Ritchie, acclaimed R&B singer-songwriter. Following on from 2016’s “You’re a Man Now, Boy”, Raleigh returned in 2020 with his second studio album Andy, for which he spent stints at Miloco residential studios Angelic Studios and The Chairworks between 2017 and 2019.

Back in 2017 he headed to Angelic with producer Chris Loco, where they recorded tracks ‘Worries’, ‘STFU’ & ‘Squares’ with the help of Miloco engineers Jake Gordon and Sam Harper, and Angelic’s Luke Gibbs assisting. They then returned to Angelic in early 2019, recording the tracks ‘Pressure’ & ‘Sad Boi’, with Luke Gibbs taking up engineering duties this time around.

Raleigh also spent a week at The Chairworks in Leeds in late 2018, the fruits of which were the tracks ‘Shadow’, ‘Structure’, ‘Big & Scared’ & lead single ‘Aristocrats’. The engineer for the Chairworks session was in-house engineer David Watts

Click the badge in the header to listen to Andy on Apple Music, or stream on Spotify below. 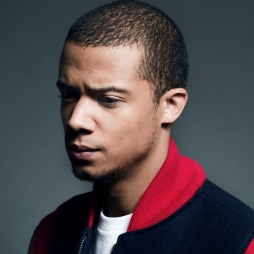