Since Darlia’s first EP Knock Knock in October 2013, comparisons with the likes of Nirvana and others part of the Nineties Grunge scene have flooded in. It’s easy to see why with tracks like ‘Choke On Bones’ from the same EP, laden with heavily distorted guitars and fuzzy, lo-fi sounds. Their influences very much audible throughout the record.

Now returning with their latest single Candyman, the Blackpool three-piece are still pedalling this exhilarating blend of powerful Rock and Indie and it’s sounding better than ever. Nathan Day (vocals), Dave Williams (bass) and Jack Bentham (drums) have been cited as being part of the new rock revival and are currently riding a wave of success after recently being featured as BBC Radio 1 Zane Lowe’s Hottest Record of The Week (Feb 19th ’14).

Candyman is an instant winner with it’s hook-driven big choruses and rousing guitar riffs, almost single-handedly catapulting you straight back the the sludgy Seattle music scene. It’s scuzzy, it’s got attitude and it should be played loud!

Candyman was was mixed by producer Mike Crossey at Miloco’s Livingston 1 Studio and is set for release on 31st March 2014. If you can’t wait until then, you can listen to the track below: 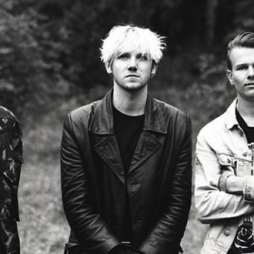