This US electronica act are one of a handful of American bands making waves on the UK alternative live circuit. Memsmeric electro-melodies are a commonplace feature of CC’s tunes, as displayed beautifully on ‘Courtship Dating’. A selection of tracks from the band’s debut album were mixed in The Yard by Alex Dromgoole in December 2007, including ‘Courtship Dating’. 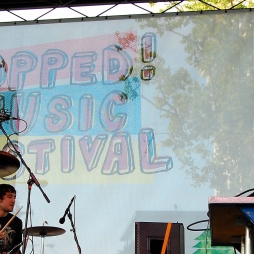