The Kooks have taken a new direction for their latest release, Down.

Following on from their last album Junk of The Heart in 2011, Down is a vibrant and funky track and has already had huge airplay across national radio stations, championed by BBC Radio One’s Zane Lowe who featured the track as his Hottest Record Of The Week back in February.

Written by Luke Pritchard and Inflo, the track was recorded by Miloco engineer Joseph Rodgers at The Pool, The Engine Room and The Bridge. Down is the first single to be taken from the Down EP and was released on 18th April 2014.

The Kooks forthcoming album, Listen, is set for release on September 1st 2014 through Virgin Records. 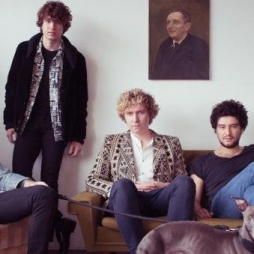