Since recording their 2013 sophomore album ‘Arc’ together at Angelic Studio in Northamptonshire, indie rockers Everything Everything and engineer Tom Fuller have become good friends. Tom and guitar player Alex Robershaw have known each other since they were teenagers, the two budding music-makers having hung out in the engineer’s home studio.

In winter 2014 Tom was once more working with the Manchester-based outfit at Angelic, this time in the company of producer Stuart Price making their third record ‘Get To Heaven’ that was released in June 2015.

Most of the Angelic gear was set up at one time or another. “The upright piano has a MIDI input so can play itself, which is always interesting to put ridiculous parts into,” explains Tom. “We used fast and complex arpeggiators that a human could never recreate. Bass sounds were a pleasure with an EAR compressor and Pultec EQ in the chain. The extensive collection of microphones gives you great choice of character for any recording. This was essential in carving a signature sound into the production.”

Cenzo Townsend was brought in to mix a few tracks, but many of the other songs were mixed by Stuart. 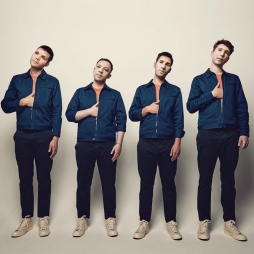