The debut album ‘Like I Used To’ from Lucy Rose was produced in full by Charlie Hugall, previous work; Florence and The Machine, Delilah and Ed Sheeran. The albums was in part recorded at The Pool and mixed at Assault and Battery 1 and Sofa Sound Studios.

Like I Used To is clearly a diary of emotions Lucy went through in what seems a rocky relationship. She expresses herself through her lyrics and gentle folk vocals, accompanied by softly perfect production and simple guitars. Hints of early Laura Marling definitely shine through, which can only be a compliment. Of course, there’s a strong sense of Bombay Bicycle club, but that may just be due to Lucy being used on a number of their tracks before now.

Album best listened too when curled up on a sofa whilst the wet and windy weather continues to soak the UK outside. A definite, relaxing set of melodies. 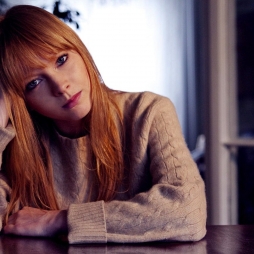