Today Indie singer-songwriter, and Nottingham native, Jake Bugg has released his third studio album, On My One, a project almost two years in the making, having announced the album in mid 2014. After collaborating on his first two albums, this is the first project he has written (and largely produced) himself, which sees him branching out stylistically on many of the tracks. In a 2015 interview Bugg described the album, of which “the content of the songs was much darker”. The title track, ‘On My One’, was released as a free track in February 2016 prior to the first official single later that month.

On the album as a whole, Bugg spent close to four weeks working on the album in Miloco’s The Square studio in Hoxton between September and October of 2015, before The Square sadly closed its doors in March 2016. Miloco assistant engineer Eddie Serafica assisted on these sessions in The Square alongside engineer Ryan Bentley, with most of the tracks worked on making the album’s final cut, including ‘Gimme The Love’, Ain’t No Rhyme’, ‘Livin Up Country’, and ‘Hold On You’.

“We recorded a lot of vocals using a Lomo 19a19, as well as acoustic and electric guitar, bass, wurli and piano, and also did a lot of reamping,” says Eddie, speaking about the sessions.

Initial reviews of the album have been largely positive, with many appreciating the balance between Bugg’s stylistic experimentation, and the familiarity of his signature sound that fans have come to know and love.

Click the badge above to buy the album on iTunes, or stream on Spotify below. 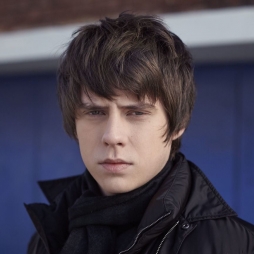