Dropped by former label Relentless after their debut LP, it looked like urban outfit Roll Deep were as much of a spent force as the ‘Grime’ strain of UK rap they made. Perhaps not. This return is a forceful and convincing effort prompting many reviewers to nominate it for rap album of the year. Roll Deep were working with engineer Joe Hirst, who mixed Rules and Regulations in 2006. 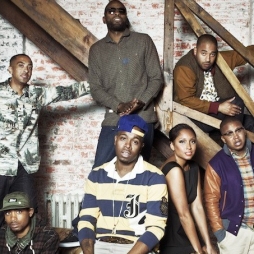