Bullet For My Valentine

Following a week after the latest Bullet single of the same name, ‘Scream Aim Fire’ follows the million + selling 2005 album, ‘The Poison’. The metalcore icons manage to take a more melodic route to their previous efforts whilst somehow achieving a greater heaviness and drive than ever before. Scream Aim Fire was a trans-atlantic works. Tracked on a ranch in Texas, it was then brought back to London for mixing, with producer Colin Richardson and engineer Matt Hyde piloting the crew all the way, musically, not aeronautically, duh. 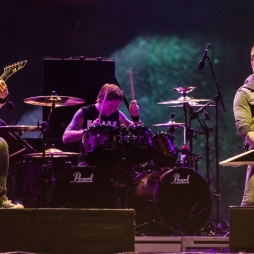 Read more about Bullet For My Valentine