It’s been well worth the wait for the release of the debut album ‘Strange House’ from London’s garage punk extraordinaires. Their hugely exposed appearance has built up a hype no-one could ignore, and now the image has proven to compliment their similarly individual sound of gothic punk rock. Ghostly they may appear, but you shouldn’t really be afraid of them, that is unless you are planning on selling the most albums in the UK this year! The Horrors were in The Pool with producer Ben Hillier and engineer Ferg Peterkin throughout November and December 2006. 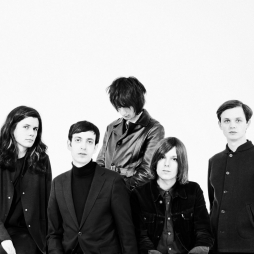