Bring Me the Horizon

Sheffield rock band Bring Me the Horizon released ‘That’s the Spirit’, their new album, on 11 September via RCA.

Engineer Al Groves and the band recorded during two-month sessions at Black Rock in Santorini, Greece. “We made the decision when we arrived to hit the ground running and ended up recording three of the songs in the first week,” says Al. “This gave us a huge head start and meant we could enjoy the island a bit more towards the backend of the session!”

This is the band’s fifth album so they all knew how to play in the studio to get things sounding powerful. “I used a lot of Neve 1073 and 1081 preamps to record through which naturally sound big and punchy, Coles ribbon mics over the drums so they weren’t just cymbal mics, room mics up in the ceiling and just made sure they were playing as hard as possible,” Al adds. 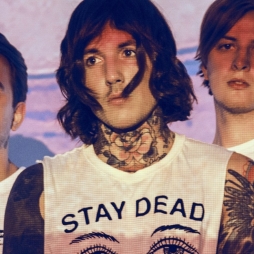 Read more about Bring Me the Horizon