The Long Way Down

Tom Odell’s debut album, Long Way Down, has already sparked much controversy in the music world. Since appearing on the Later…With Jools Holland show, he went on to win the 2013 Critic’s Choice Award and was the first male to do so, too. So it’s fair to say Odell has a lot riding on this record.

So does the record justify all the hype? Well, it’s clear that Odell falls neatly into a pre-existing category of melancholic pop; the ‘Other Listeners Bought..’ section on iTunes placing him alongside the likes of Ben Howard, newcomer, Luke Sital-Singh and Lucy Rose. But that’s not a bad thing. Producer Dan Grech-Marguerat (Keane) was obviously the perfect choice for this record, blending clunky piano chords with Odell’s swelling vocals and rich textural harmonies created by gospel choirs and backing vocals.

Album opener, Grow Old With Me, is perhaps the most uplifting track, brooding and endearing with lyrics placing Tom much wiser than his twenty-two years. Hold Me features Odell’s famed piano comping, utilising his well known influences of Elton John, making this a real stadium-worthy track. Another Love, initially released as part of the Another Love EP, takes a confessional stance. Slowly building emotion with delicate and almost broken vocals, driving percussion and haunting backing vocals emerge like an epiphany, creating the final rousing chorus.

Supposed To Be is a true soul track, with references (whether intended or not) to Lionel Richie’s Easy mimicked in the chord structure. It’s a reminder that Odell has real potential, even if it hasn’t fully been realised here, yet. Title track, Long Way Down, is scattered with subtle nuances of Jeff Buckley; vulnerable and pain stricken – it’s easy to see why such comparisons have been made. Till I Lost is a prime example of what Tom Odell does best in this record; booming, heartfelt vocals (usually made up of numerous Ohh ohh ohh’s), big choruses and stomping piano and drums. But it’s not just Odell’s playing that stands out, his songwriting is superb, too. Mature, frank and highly relatable, with lines like “I shouldn’t say it, but I’m starting to think I care
I’ve had a drink, you probably think my judgement is impaired“, from the track Hold Me; a feel good sing-along with a hint of 90′s about it.

Critics have dubbed it ‘too focused’, ‘bogus’ and said Odell is ‘yet to prove his range’, but as first albums go, he’s got nothing to worry about. Throughout the swathes of passion, heartache and pain, this is a great album, but anyone lucky enough to catch him live will truly witness Tom Odell at his best.

Recorded and produced by Dan Grech-Marguerat at Miloco’s The Square and The Bridge and  mixed at Miloco’s Engine Room. 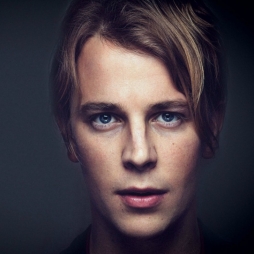