The long-awaited debut album from Brighton-based four-piece The Magic Gang is here! The self-titled album, released on March 16 on Warner Music, is already receiving rave reviews from fans and critics, with taste-makers NME awarding the album 4/5 stars.

As with all our clients, we are so pleased to have been involved in such a stunning project. The band holed up for a total of 21 days at countryside residential studio Angelic Studio in October and November 2017.

Back in the kitchen for the week, can’t wait to show you what we’ve been cooking up ????: @dankendallphoto

2018 MPG Breakthrough Producer Of The Year, Jolyon Thomas, produced the album, with James Mottershead engineering, and assisted by Luke Gibbs.

Included on the album is the band’s 2015 single ‘Alright‘, which was re-recorded last year at Assault & Battery 2 with Jolyon and assisted by Miloco engineer Billy Halliday and mixed by A&B’s Alan Moulder.

Stream the album on Spotify below, or click the badge in the header to buy the on iTunes. 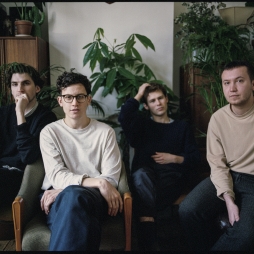 Read more about The Magic Gang