Foals migrated to Sweden where they recorded their second album at Svenska Gramofon studios, before bringing it back to London to be mixed by Alan Moulder. The result is Total Life Forever, the supreme Mercury-nominated follow-up to acclaimed debut Antidotes, featuring singles ‘This Orient’ and ‘Spanish Sahara’.

Alan Moulder mixed the album in Assault & Battery 1 in late 2009. 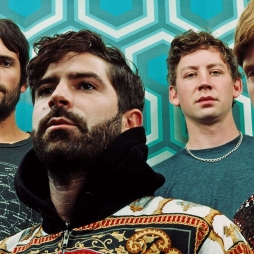