After releasing their hugely successful debut album, Bad Blood, in 2013, English indie pop band Bastille are back with Wild World. Having worked previously in The Pool with producer and engineer Jonathan Sagis for their song ‘Hangin‘, the band returned to the Orinoco Complex to join forces with Jon once again on this latest album.

Of the 14 tracks on the album, the band recorded 12 in The Pool over various sessions totalling three weeks. Jon, aided by assistant engineer Will Purton, recorded drums, bass, guitars, synths, percs and a lot of toms for all 12 songs. While there they also recorded choir vocals for ‘Shame’, which appears on the bonus version of the album.
For the track ‘Two Evils’ which wax actually recorded live in the control room with frontman Dan singing through an SM7 and Will playing guitar.

See below for the list of  Wild World tracks recorded in The Pool:
Act of Kindness
Power
Two Evils
Send Them Off
Four Walls
Blame
Snakes
Winter of Our Youth
Oil on Water
The Anchor
Campus
Shame

The below video released late last year in anticipation of Wild World‘s release features some shots documenting the band’s sessions in The Pool.

Click the badge in the header to buy on iTunes, or stream below on Spotify. 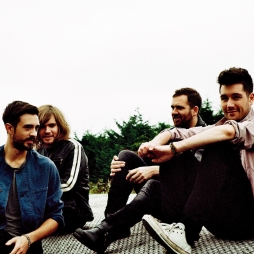