Described by critics as “one of pops freshest albums”, ‘X’ is a dazzling return to form for Brit, MTV, T4 and Ivor Novello award-winning Liberty X who, in their five year reign as ‘Britain’s most popular pop band’, have out lived and out sold all their pop rivals. The tracks ‘Shotgun’ and ‘In My Bed’ were recorded in The Toyshop studios and mixed in The Square during 2005. Lucas Secon produced the two tracks with Pete Hofmann mixing. 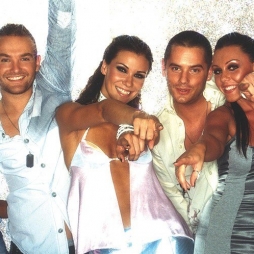