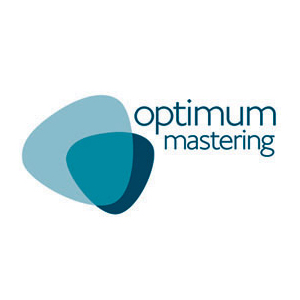 A decade of gig-going when he should have been studying towards a Physics degree gave Shawn a unique perspective on how music moves people. The dulcet tones of John Peel provided knowledge equally engaging as the theories of Newton and Heisenberg. Not so much a misspent youth but as he would put it, a truly comprehensive education.

While temping in the records shops of the capital in 1990, a chance meeting led to Shawn's first real Mastering job at The Exchange. With their generous policy of offering 'hands on' experience, it didn't take long for Shawn to realise his true vocation. Over the next 14 years, he plied his trade from Soho to Fulham applying his encyclopaedic knowledge of music to a vast range of genres. Returning clients became friends outside of the studio and word spread of a trusty pair of ears. Literally thousands of tracks have benefited from his touch whether it be an international smash or a home-grown demo.

In 2004, he returned to his West Country roots to set up Optimum with some like-minded label owners. The idea was to offer a more personal, empathetic mastering service, far from the production-line he had encountered in London. Today his skills are called upon by some of the biggest names in the industry from every corner of the globe.

Jack 'Jacko' Adams falls into the category of engineers who cut their grooves so deep that their names become synonymous with great records. In a brief few years at Optimum, Jacko has already re-established himself as a firm favourite among those that value the experience of his steady hand.

A grounding in major label rock, pop and classical gave Jacko the best possible start to his illustrious career. It doesn't get any bigger than Michael Jackson, Whitney Houston, Stevie Wonder and U2. His talents graced the world of hip hop too, from Jay-Z, Wu Tang and De La Soul to P-Diddy, Kanye and Busta Rhymes. Moving with the times, he honed his technique to become the number one port of call for D&B artists Andy C, Goldie, J-Majik & Pendulum.

These days you'll just as likely find him carving edgy, anarchic metal or delicate folk as his sturdy grounding in house, techno and dubstep, bringing a wealth of experience to bear on the finest lacquer cuts money can buy.