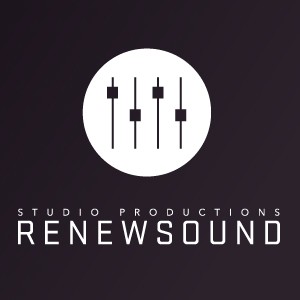 "Where the music is religion!"
Close Gallery

Your album production can be unique as well as the experiences associated with its fulfilment. For your inspiration and creative rest, we can organize visits to renowned historical, architectural and tourist sites.

Bulgaria is a country very rich in cultural and historical traditions both in folklore and in music as a whole. Many have probably heard the unique cosmic Bulgarian voices and exciting irregular Balkan rhythms. A lot of famous musicians have been inspired by them and used elements of them in their music.

Bulgaria is a quite picturesque country. Historical and natural landmarks make it a desirable tourist destination. Here you can see archeological finds and outdoor museum exhibits, even entire settlements from ancient times to the present day, natural attractions such as lakes, caves, reserves. For winter sport lovers, conditions are excellent. During summertime, beaches and resorts at the Black Sea coast are well-known recreation and entertainment spots. Besides making a great audio recording, you can also schedule your time in Bulgaria to visit new and exciting places while enjoying yourself. 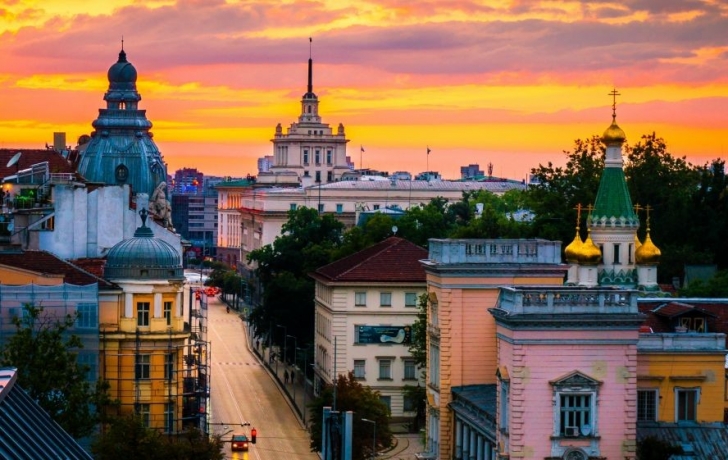 The city of Sofia

The sprawling capital of Bulgaria is something of a patchwork of its own past. Around its edges rise the great brutalist monuments to Soviet rule; endless streams of cookie cutting high-rises.

Closer to the centre and the ancient remains of the Serdica Fort and the Roman-Byzantine Church of St George sit in the shadow of Stalinist municipal buildings.

And then there are the iconic Orthodox domes and gilded edifices of the Alexander Nevsky Cathedral, which glisten under the snow-packed tops of Vitosha Mountain in the distance.

It's all very eclectic, and rarely fails to impress travelers that opt to linger here a little while. 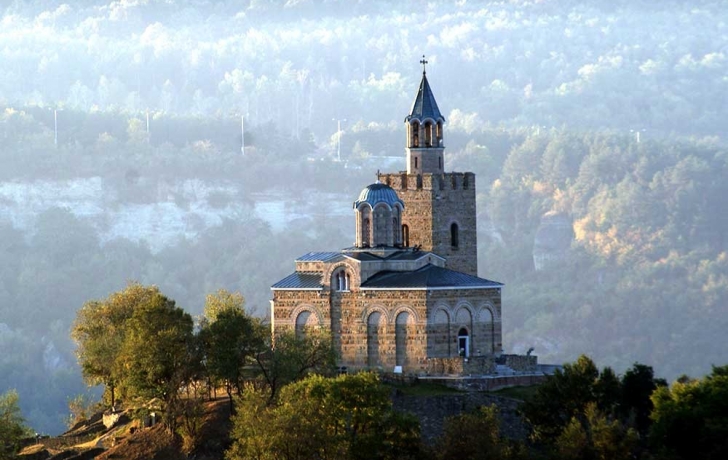 The legendary City of the Tsars stands aloft on the edge of the rising foothills of Bulgaria's northern mountains. Bisected by the S-shaped meanders of the Yantra River, the town's setting is nothing short of breathtaking, with terraces of terracotta-coloured roofs looming over the waterways below.

The pretty cobblestone lanes and half-timbered homes of this one's old town are prime examples of what's now known as the Tarnovo school, which developed as the Second Bulgarian Empire boomed in the Middle Ages.

That means travelers here experience a mixture of natural beauty – courtesy of the wild coniferous woods that blanket the landscapes all around – and unbridled culture and history, oozing from the Tsarevets capitol and the clutch of gorgeous Byzantine churches. 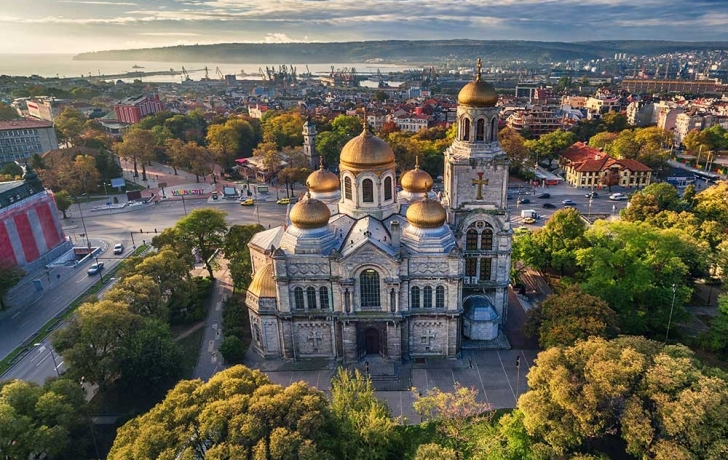 The city of Varna

The city of Varna 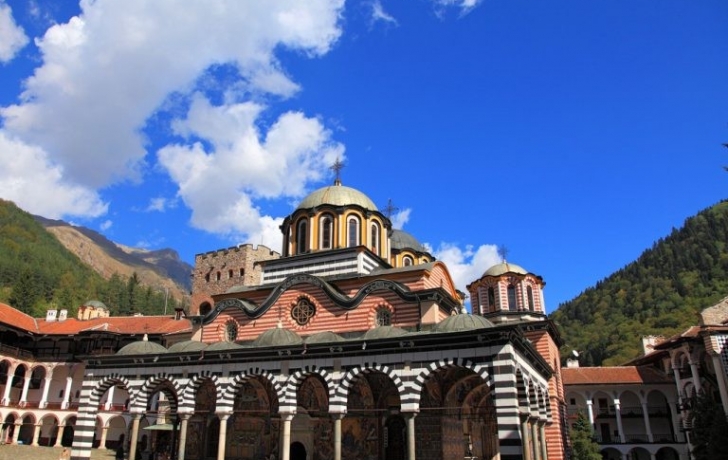 Perhaps the most famous Eastern Orthodox monastery in the world, Rila has risen and risen to become a veritable symbol of the Bulgarian nation.

It entered the UNESCO World Heritage List way back in 1983, hailed for its curious intermingling of Mamluk, arabesque, Byzantine and Romanesque styles, and resplendent iconostases walls, carved meticulously and inlaid with shimmering gold leaf.

An on-site museums helps travelers unravel the more than 1,000 years of history that coalesce at the site, while endless courtyards and peristyles decorated in murals and medieval scenes mean there's plenty of art and architecture to draw the eye. 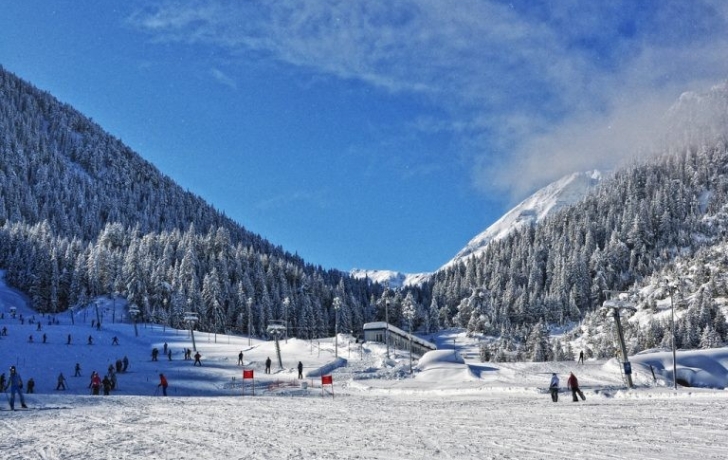 Prep the salopettes and wax the skis, because Bansko is Bulgaria's most prized winter sports resort. With countless expansions and new lift projects at its back, the dual ski fields of the Chalin Valog and Shiligarnika that make their home between the fir forests here have become some of the most lauded in all of Eastern Europe.

And even if you won't be hitting the 70 kilometers of groomed runs on offer, Bansko's rugged setting in the Pirin ranges and wealth of luxury hotels, hedonistic bars, jazz joints, cross-country trails and Bulgarian tavernas is sure to hit the spot! 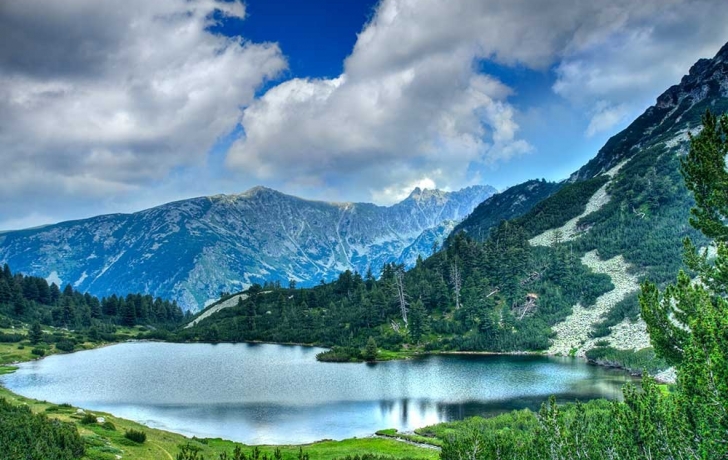 UNESCO-tagged and rising like a great Balkan bulwark against the borders of Macedonia and Greece, the Pirin National Park is a hinterland like no other in Europe.

Up on high, its snow-spotted summits gather caps of mist, while alpine valleys below are dashed with avalanches of forest-green pine and fir trees, and speckled with the occasional bed of edelweiss.

Meanwhile, deer and bears stalk the woodlands to this day, and wild goats clamber atop the craggy precipices to find shelter in the rocky crevices and caves.

It's hardly a wonder that this one is hailed as a paradise for hikers and outdoorsy types, with trails soaring to the top of Vihren (the highest peak) and weaving around the whopping 186 mountain lakes! 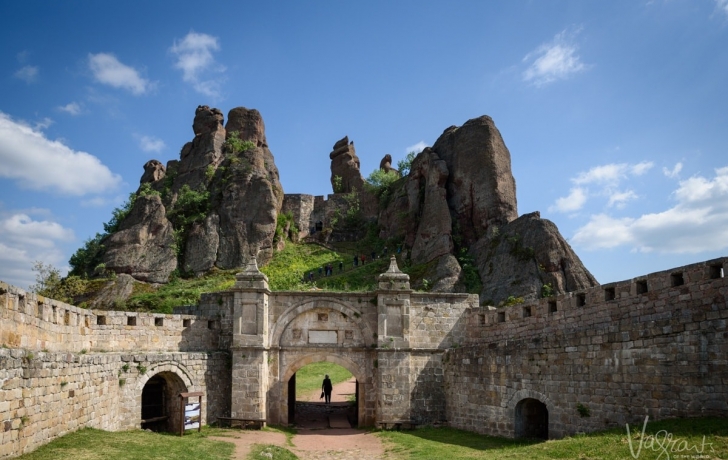 The otherworldly geological wonders that lurk on the edge of Belogradchik town rarely fail to impress travelers who make their way to this far-flung corner of Bulgaria on the northward slopes of the Balkan Mountains.

But Belogradchik's draws don't end there. No sir, not with that colossal Belogradchik Fortress complex dating back to Roman times on the menu, the citadel of nearby Baba Vida and the mysterious pre-historic wall art of the Magura Cave to boot! 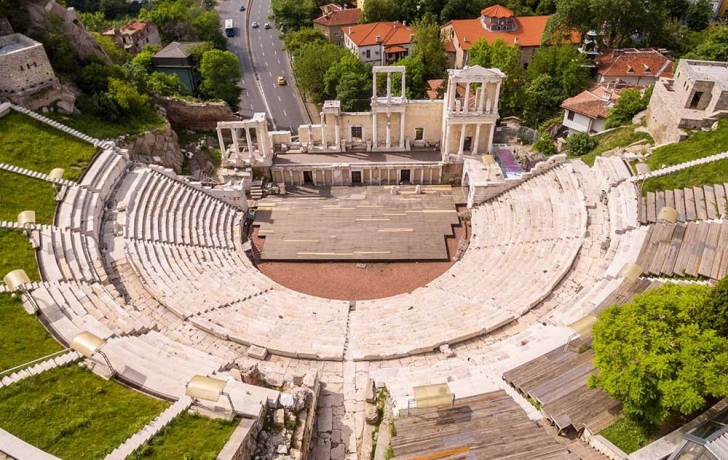 The city of Plovdiv

The city of Plovdiv

Draped over seven hills along the courses of the beautiful Maritsa River, Plovdiv runs the gamut of historical sights, encompassing Roman amphitheatres, Thracian fortresses, honorific monuments to Bulgaria's own Krum the Fearsome, National Revival churches and even the occasional Soviet tenement between city limits.

The piece de resistance has to be the old world historic centre though; a Game of Thrones-esque pallet of stone-clad keeps and winding alleyways, Byzantine arches and hidden squares. 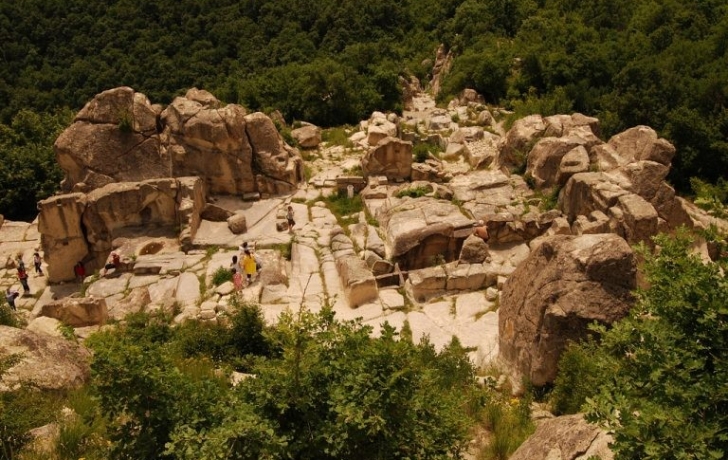 The ancient Thracian city of Perperikon

The ancient Thracian city of Perperikon

With traces of human settlement dating back more than seven millennia and what's been hailed as the most awesome monolithic structure in the entire Balkan Peninsula crowning its hilltops, Perperikon is a real must for any history buffs and culture vultures making their way through Bulgaria.

Before it was built up and fortified by the Thracian tribespeople, it's thought that Copper Age priests used the hill for rituals and soothsaying, which legend has it foretold the rise of both Alexander the Great and Imperial Rome under Augustus. Today, visitors can come and wander the off-the-beaten-track dig site, while relics and findings are best viewed at the local archaeology museum in Kardzhali. 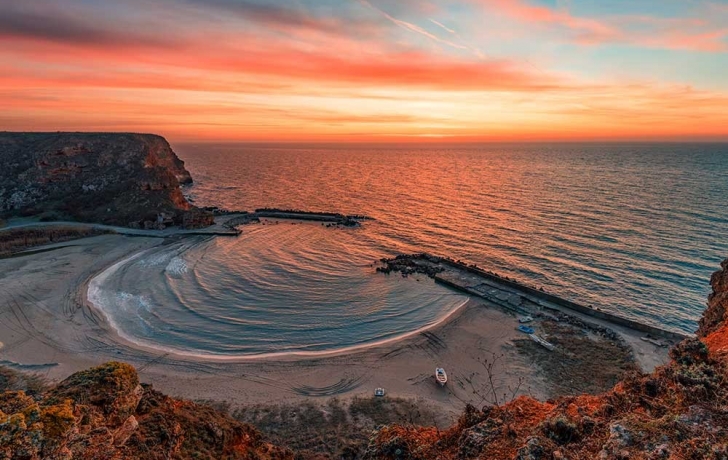 Sunny Beach at the Black sea

Throw off the inhibitions and delve into the sun-splashed party town that is Sunny Beach. Bulgaria's answer to Malia, Ayia Napa and Ibiza, it's packed with thumping clubs and pubs, chatty promoters offering buckets (literally) of booze for next to nothing, flashing neon, funky ravers, booze cruises and tanned, bikini-clad, Hawaiian-shirt-wearing partiers.

As well as its sleepless edge, Sunny Beach is also home to one gorgeous stretch of sand, which sits lapped over by the Black Sea and backed by the lively Boulevard, where English all-day breakfasts meet Italian pizzas in the international eateries and hotels rise in bursts of brilliant white. 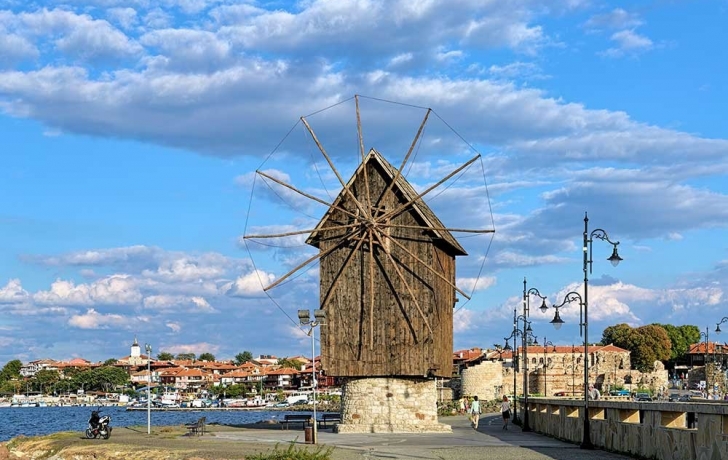 Jutting out and sparkling like a Medieval Byzantine pearl between the rollers of the Black Sea, Nessebar is certainly one of the most enchanting and unforgettable cities on Bulgaria's coast.

It's famed for an enthralling UNESCO centre where layers of Thracian ruins mix with eye-watering churches built between the 5th and 10th centuries.

There are formidable fortifications too, famed for fighting off both Ottoman Turk and Crusading counts alike, not to mention rows of pretty seaside villas that cascade down neatly to meet the shore, shimmering in whitewash and red-tile as they go. Put simply – this one's not to be missed!