After coming onto the scene in 2015 with various freestyles and his The 15th Day mixtape. In 2016 J Hus was nominated for a MOBO award for not one but THREE singles, one of which appeared on the Brotherhood soundtrack. 2017 started with a bang, with the young artist featuring on ‘Bad Boys’ from Stormzy’s #1 album Gang Signs and Prayer.

We were happy to be a part of the making of Common Sense, with 14 of the 17 songs on the album being mixed with us at Westpoint Studios and The Red Room London, in our flagship Orinoco Complex.

Jake Gordon, Pieces of 8 engineer and producer, and the go-to mixer for urban artists such as Skepta and Nadia Rose, was enlisted to mix the 14 tracks alongside the album’s producer JAE5.

As one of the leading artists of London’s ‘Afro-Bashment’ scene, it was a highly anticipated debut, which clearly didn’t disappoint! The title track and second single ‘Common Sense’ managed to snag the coveted Hottest Record In The World from Mistajam on May 4th. 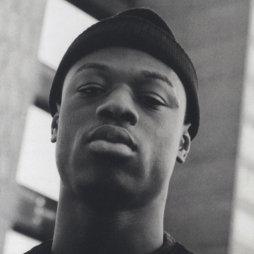