The album is a triumphant return to one of the pioneers of grime, a genre which has outgrown its underground and local borders, taking the world by storm in recent years. After mixed reviews for his previous album The Fifth, which many felt was too polished and ‘feature-heavy’, Raskit sees Dizzee return to his roots with the kind of social commentary we first saw on Boy In Da Corner, and the sparse-bass heavy tracks to match.

Having worked on the album between London and Miami, Dizzee came to Miloco Studios in October 2016 to work with Pieces of 8 engineer Jake Gordon, who is becoming the go-to grime and urban engineer after working with Skepta, Nadia Rose, Lethal Bizzle, J Hus, Jammer BBK and more.

Dizzee and Jake spread their sessions out over October and into January 2017, mixing some songs before the emcee would write some more before returning to mix those. In addition to mixing at west London’s Westpoint Studios, Jake and Dizzee recorded in The Bunker, a production suite in Miloco’s Bermondsey HQ. Of all the tracks they worked on, Jake ended up mixing four of the album’s 16 tracks, including ‘Make It Last’, ‘Everything Must Go’, ‘Sick A Dis’ and the album’s lead single ‘Space’.

“Dizzee is an ultimate professional, he knows exactly how he wants things to sound and wont stop until he has it right,” says Jake, when asked what it was like working with the grime legend. “It was a pleasure to work with him.”

Click the badge in the header to buy Raskit on iTunes, or stream on Spotify below – get prepared to turn your volume up real loud! 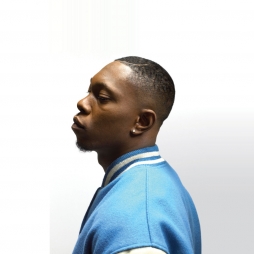