London based alt-pop duo Oh Wonder have released their second-album Ultralife on Island Records. Josephine and Anthony first acquainted themselves with our flagship tracking room The Pool for a series of music videos for tracks taken from their self-titled debut album.

In December 2016 we were pleased to have them back to work on various pieces of Ultralife, one of this year’s most anticipated local releases.

Across nine days the duo worked in The Pool with engineer Tom Fuller (Angelic Studios) and assistant Jamie McEvoy to record all the drums and bass for the album. Oh Wonder’s backing band, Yves Fernandez on bass and George Lindsay on drums recorded most of the parts, tracking everything live. While in session, they also lay down some keys, guitars and group vocals. Making the most of The Pool’s huge array of instruments, the piano for “My Friends” was also recorded.

Two drum kits were set up and mic’ed the whole time, including percussion, bass, keyboard and reamp stations to make the recording flexible and easy, and also allowed the sessions to be quite experimental, with setups changing for every song.

Guided by Anthony, who produced the album, the team experimented with wooden drumheads and reamping sounds into the room to give the tracks more warmth and ambience.

February saw the band return to record strings for four of the album’s 12 tracks, which were engineered by The Pool’s in house assistant Jamie.

After recording, Anthony moved next door to our premier mixing room, The Red Room London, to mix the album, assisted by Marcus Locock. 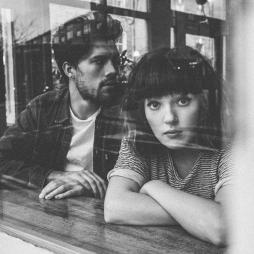