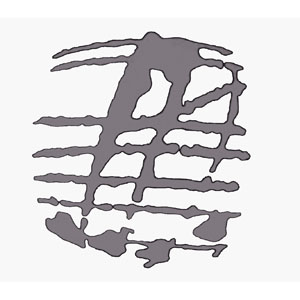 Forum Studios are based in the heart of Rome, in the basement of the Church "Sacro Cuore di Maria" in Piazza Euclide, and just a short walk to the famous cultural centre "Auditorium Parco della Musica".

Forum was founded in the 1970s by Ennio Morricone, Luis Bacalov, Piero Piccioni and Armando Trovajoli. It has always been one of the most prestigious and well equipped recording studios in Italy. Its unique design and very original layout has created a warm and inspiring environment to work in.

Studio A has a long tradition and an unmistakable sound. It has earned the role of the best recording hall in Italy. Gifted with high ceilings and a 350 square meter floorspace, it can easily host more than eighty musicians. The artists, composers and orchestras to have worked here have made this an extremely famous studio.

Studio A  is a major recording destination for film soundtracks. Many scores by illustrious composers such as Ennio Morricone, Luis Enriquez Bacalov and Nicola Piovani were recorded here. Soundtracks for various Oscar-winning films such as "The Postman", "New Cinema Paradise" and "Life Is Beautiful", were made in Studio A, plus many other movies directed by the likes of Sergio Leone and Federico Fellini.

Studio A has also hosted some of the best pop and rock artists in the modern music scene including Red Hot Chili Peppers, Jon Bon Jovi and Morrisey to name a few.

The hall is further equipped with a patrimony of musical instruments such as a Steinway and Yamaha Grand Piano, celesta, marimba, vibraphone, Ludwig tympanis and gong. The production is gifted with the best loved sound trackers in the world, a Neve VR Legend 60ch, console with dynamic metering, flying faders and total recall.

A wide range of outboard completes the production possibilities. Through the main monitors and a wide range of near field monitors, a unique sound quality can easily be obtained.

Studio A has got a cosy, private suite equipped with a minibar, DVD player, SKY TV and Playstation 2 game console.

It is interesting to highlight that, even if Forum Studios are based in a historic building we have a great consideration for the future. That is the reason why Forum Studios uses 100% renewable energy.