"Creative hub in the heart of Soho"
Close Gallery 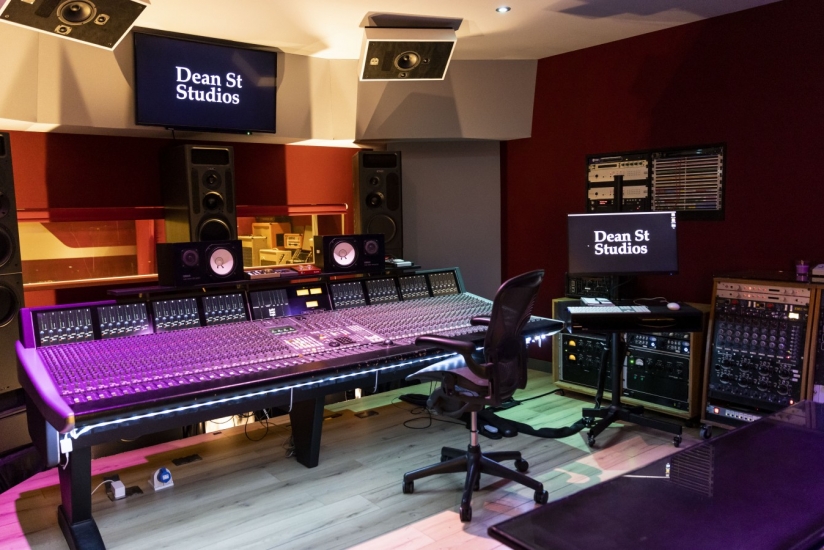 "Dean Street Studios is my kind of studio. Why? Because I built it in 1979. It is still going strong, hardly changed except it's prettier. The sound is better than ever (a combo of retro and modern) and the Soho atmosphere is extremely conducive for making great records." - TONY VISCONTI

Welcome to Dean St. Studios - located in London's vibrant Soho district - where music legends David Bowie, T Rex and The Moody Blues recorded their hits from the 1970s onwards. Dean Street's studios are equipped to handle any project you bring to them; from music production and mixing to Dolby Atmos mixing TV and film audio post and composition. Dean St. Studios is a creative hub for musicians and production professionals looking to develop their projects in a relaxed, state-of-the-art studio environment. They pride themselves on providing a very private environment for clients!

The control room houses an SSL Duality alongside choice pieces of outboard gear, whilst the live room features various instruments and equipment both vintage and modern.

Dean St. believe that modern recording requires a different approach on both sides of the glass, looking to strike the balance between old techniques and new technologies. Running alongside their 48 channel SSL Duality there's also 28 additional mic pre's, including 8 vintage Neve's and 8 prototype Shadow Hills' -  as well as various compressors, EQs and effects processors. This mentality of old-meets-new carries over into the 650 sq ft live room which houses all manner of vintage and modern guitars, amps and pedals. The studio's keyboard collection is of a similar pedigree, including a Steinway Model B, a 1970 Hammond C3, (complete with original Leslie) new Mellotron M4000 and George Harrison's original Harmonium. So no more unexpected hire fees!

It goes without saying that the SSL is perfectly suited to any mixing project you can throw at it; particularly if you make use of the palette of different colours that the outboard racks can deliver.