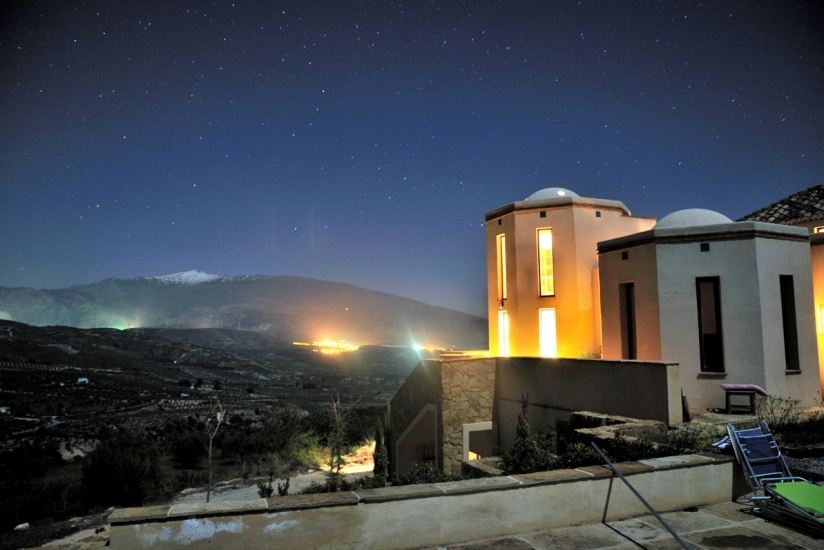 With its stunning location, immersed in spectacular views of the Sierra Nevada mountain range, Space Mountain residential recording studio is something truly special. Owned by legendary producer Youth (Killing Joke, The Orb, The Verve, Paul McCartney) Space Mountain is the ultimate 21st century creative retreat and the perfect place to inspire your music.

The studio was conceived by Youth, who wanted a space that was bathed in natural light. Designed and built by Olympic Studios' Terry Ottley, this is a truly wonderful studio primarily influenced by the legendary Olympic Studio 2, as well as a number of Youth's other favourite rooms from around the world that he has worked in over the last 30 years. Space Mountain's studio has a compact day-lit control room, a large day-lit recording area and three isolation booths filled with backline. There are many other interesting spaces dotted around the house that can also be used for tracking - you are guaranteed to find the ideal recording spot.

Space Mountain's accommodation is private, secluded, luxurious, but still within walking distance of the village of Albuñuelas and only half an hour's drive from the beautiful city of Granada. The house and studio feature floor to ceiling windows throughout - the entire building absorbs the warm Andalusian sun that shines bright through most of the year. With eight bedrooms and a two bedroom guest house there are plenty of sleeping areas, one of which is a hugely characterful 'Hobbit' wing.

Open plan living areas enhance the feeling of light and space. There is a large lounge, dining area, kitchen and turreted library for guests to enjoy. Outside is a private swimming pool, artist studio and sauna plus views that change all through the day thanks to the region's mystical climatic cycles.

Space Mountain was specifically built to be aligned with the nearest mountain peak, which in winter resembles a mini snow-capped Mount Fuji; and its stunning gardens that were created by award-winning landscaper Andy Sturgeon, centre the house and studio around a Daoist Pentagram - some indications of Space Mountain's spiritual and alluring aura.

Welcome to the Space Mountain nirvana...